An Interview with Yvonne Aburrow 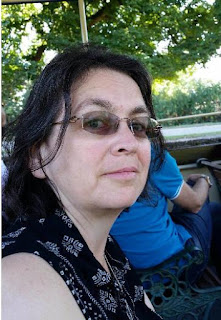 Previous installments in this interview series have mostly been with professional academics who are involved in the study of such topics as witchcraft and contemporary Paganism, but today I’m doing something slightly different. Here I provide an interview with Yvonne Aburrow (see her academia.edu profile here), a British Wiccan known within the country’s Pagan community for her various publications -- among them The Enchanted Forest (1993) and The Magical Lore of Animals (1999) -- and who will be known to some outside the community as the figurehead behind the Pagans for Archaeology project which sought to help bridge the gap between the two communities. We talk about the continuing dialogue between these two groups, her own academic education, and her views on the future interaction between practicing Pagans and the academic field of Pagan studies.

[EDW]: You obtained an MA in Contemporary Religions and Spirituality from Bath Spa University, which had one of the only religious studies departments in the UK that actually focused on more “alternative” forms of religiosity such as contemporary Paganism. Did you choose that department specifically, and what was the overall experience of studying there like?

[YA]: I did choose it specifically but it was also very handy that I was living nearby at the time.

The course was excellent (although it could have benefited from more of a focus on discourse analysis in the research methods module). We looked at a number of different contemporary religions including Paganism, but one of the modules was seen through the lens of gender and sexuality, which is something that interests me greatly as an intersectional feminist. For this module I did a study of queer spirituality.

There was also a module on East meets West, which I had hoped would be about how Eastern thought had influenced the occult and Pagan revival - but it was actually mostly about the negative impact of Christianity on the East, especially Sri Lanka - though I was delighted to discover that the Theosophists had helped to restore the local forms of spirituality there. My essay for that module was on the relationship of the Unitarians and the Brahmo Samaj.

For my dissertation, I looked at Pagans’ relationship with science, and found that most Pagans do not view our beliefs as incompatible with science, and most believe that Pagan deities are immanent in the world. The rest of the sample were atheists.

[EDW]: In 2008, you were behind the establishment of an organisation titled “Pagans for Archaeology” in which you sought to challenge those vocal segments of the British Pagan community who were attacking the archaeological establishment over such issues as the excavation of Seahenge and the retention of excavated human remains for further study. The group ran a blog, held a 2009 conference at the University of Bristol, and currently has almost 15,000 “likes” on Facebook. What brought you to the decision to do this and what do you believe were its successes?

[YA]: I was very unhappy with the idea expressed by some Pagans, mainly Druids, that “respect for the dead” automatically entails reburial. For me, respecting the dead involves finding out and remembering as much as we can about their lives, and celebrating them. Archaeology enables us to do this by reconstructing the lives of ancient people - we can find out what they ate, where they lived, how far they traveled, what diseases they had, how they died - almost everything apart from their names. If you consult ancient texts, there is almost a universal desire to be remembered - and archaeology, especially osteo-archaeology, recovers the memory and stories of the nameless and forgotten, whereas reburial would obliterate their stories and any hope of recovering more information about them.

I hope that archaeologists noticed that there are many Pagans who support archaeology and don’t actually want remains reburied. Pagans for Archaeology also responded to a government consultation about reburial, and encouraged our members to submit individual responses too.

[EDW]: Related to the previous question, I wanted to ask you where you see the future relationship between the Pagan community and the archaeological establishment going? Do you think that it is still going to be a rocky road or do you think that the future is going to be smoother than the past in this respect?

[YA]: No idea to be honest, but I do hope that the archaeological community, which has a lot of rationalists in it, does not fall for the common trope that all people of religion are ignorant, irrational, and dogmatic, which is very far from being the case.

I wrote to the excavators of Seahenge to say that I thought it was a good thing that they were finding out about this hitherto lost pagan past, and they replied to say that many Pagans had visited the excavation and expressed support, only to melt away when the TV cameras appeared.

[EDW]: You’ve been involved in the Patheos Pagan website, where alongside Christine Hoff Kraemer (whom I interviewed here back in April 2013) you co-run a blog, formerly termed “Sermons from the Mound” and now titled “Dowsing for Divinity”. How did that project come about?

[YA]: I had been banging on about the need for a discursive Pagan theology for ages, and Christine noticed and invited me to share her Patheos blog on Pagan theology.

I feel that we need to discuss theology - not to lay it down as dogma in any sort of prescriptive way - because otherwise we all follow unspoken assumptions (which are usually heterocentric anyway). It is worth remembering that the term "theology" was originally pagan as it was coined by Cicero in 49 CE, in his work, De Natura Deorum (On the Nature of the Gods). 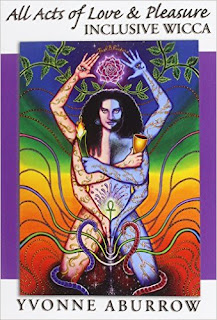 [EDW]: You’ve also fairly recently published the book All Acts of Love and Pleasure: Inclusive Wicca, an insider-exploration of ‘alternative’ sexuality in Wicca. This is a fascinating subject, with some thematic connections to my own outsider research on sexuality in the modern cultus of Antinous; could you tell us a little more about this particular publication?

[YA]: As a bisexual genderqueer person myself, I got fed up with the heteronormative and heterocentric aspects of some Wiccan rituals. I am fortunate in that the line I was initiated into is unusually blessed with a large number of bisexuals, so we were always ready to challenge heterocentric stuff when we ran across it. I also try to challenge the view that it is necessary to espouse any particular theological viewpoint in order to be Wiccan. I have always been a polytheist for various reasons (not least of which is that duotheism is heteronormative) except when I'm having an atheist or agnostic phase. It is also very important to me that my religion is not in conflict with science - hence my dissertation topic. I have also had a lot of coven trainees with dyslexia. All of this fed into the book - which is about including different perspectives as well as including LGBTQIA people.

[EDW]: As a practicing Pagan who clearly has an interest in scholarship, including the academic field of Pagan studies, what is your take on the current state of this particular area of inquiry? How do you feel that the Pagan community are approaching and utilising scholarship on the subject of contemporary Paganism?

[YA]: One problem is that the productions of academia are not very accessible to the general public, either because of cost or because of lack of access to journals or inaccessible language employed by academics. I have always admired Ronald Hutton [EDW: who was interviewed here back in July 2014] for seeking to make his work more accessible to the general public - even to the point of writing two separate books on Druidry, one for a popular audience and one for a more scholarly audience.

I have sadly not been able to keep up with what’s going on in the academic sphere - though I would also applaud your blog, Albion Calling, for seeking to bridge that gap, as I feel it is vital to try to make scholarship available to a more general audience. Pagans are often very interested in the productions of academia and Ronald Hutton is held in high esteem by many in the Pagan community. There is always someone who is upset that he thoroughly debunked the idea of an unbroken initiatory line to the ancient past - but what he gave us instead was much more exciting - namely the idea that the Pagan Revival emerged out of many strands of discourse, including the Enlightenment, the Romantics, nineteenth-century occultism, the grimoire tradition (which is genuinely ancient and traceable back to ancient Egypt), and so on.

The reconstructionist and polytheist communities are much more likely to be using archaeology to inform their views, I would imagine, whereas Wiccans and other witches might be interested in research into fairy beliefs and folklore and nineteenth century occult movements. One of my favourite books on this area is The Place of Enchantment by Alex Owen.

In any case, I would like to see more Pagan academics blogging and/or producing popularly accessible books. Sam Webster’s blog At the Herm and Thorn Mooney’s blog Oathbound are particularly interesting. I’m also glad to see members of the Pagan intelligentsia like Sable Aradia producing some really thoughtful and interesting writing. And of course there is some outstanding writing by several authors on Gods and Radicals, edited by the truly splendid Rhyd Wildermuth, who writes beautifully and evocatively and intelligently. G&R was co-founded by Alley Valkyrie, another excellent writer, and co-author with Rhyd of A Pagan Anti-Capitalist Primer. I realise most academics don’t have time to write blogs because they’re too busy doing research and administration and teaching.


I think Pagans are producing our own structures of meaning and validation as a counterbalance to the arid rationality of most academic discourse, which is often very dismissive of practitioner perspectives and indigenous ways of knowing, as it is still largely entrenched in colonialist perspectives and discourse. I don’t think that Pagan Studies scholars are arid rationalists and crypto-colonialists.

[EDW]: Yvonne Aburrow, thank you for talking about your perspectives with us here today!
Posted by Ethan Doyle White at 21:45